Are You A Sugar Addict? Here’s Why! 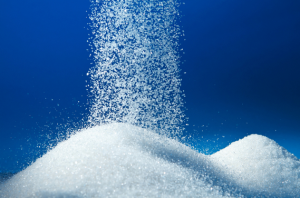 According to numerous scientists, humans have a pre-disposition to crave sugar because it plays such a vital role in our survival.  Our sense of taste has evolved to hanker molecules that are vital to life, such as salt, fat and of course, sugar.  It makes sense of course.

Add that numerous food manufacturers are capitalising on this fact and cramming as much of very cheap to produce sucrose into just about everything, then it’s apparent that humanity has a bit of a problem, especially where exercise is not a significant part of one’s lifestyle.

In moderation and from good sources as part of a sensible diet, the body needs some sugar.  Glucose provides the brain’s billions of neuronal nerve endings with fuel, with neurons needing a constant supply from the blood stream because they don’t store it themselves.   That’s why diabetics can fall into comas through low blood sugar.

But it’s our taste for refined sugar, a taste we acquire at birth that’s our downfall as adults.  It’s widely believed that a child’s preference for sweet things is somewhat of an evolutionary hangover and that youngsters who preferred high-calorie foods in distant times would have a better chance of survival when food sources were unreliable.  However, now, we’re known to tip the stuff down our throats in fizzy drinks, snacks, cereals, deserts, so much so that the lift we get then quickly turns to an equivalent low and the cycle of quite literally, addiction, takes place.

When we take processed sugar, our momentary sugar rush triggers our bodies to increase our insulin levels, which then brings about a sugar crash, which in turn results in us craving even more sugar.

But all sugars are not equal!  As detailed by the BBC, a study from Yale University found that, whilst glucose suppressed parts of the brain that trigger an urge to eat, fructose did not.  In addition, participants reported feeling more satisfied after consuming glucose compared to fructose.  Lots and lots of processed food is excessively sweetened using sucrose, being common sugar, which contains 50 per cent fructose and you would be surprised how much of it is in even seemingly non-sweetened processed foods.

So, don’t be an addict and keep your eye on labels for sugar content.  You’ll thank yourself for it as you reduce your risk of obesity and diabetes.  If you’re after more advice on losing weight, on diet and nutrition and personal training throughout the Derby, Kegworth and Castle Donington area, get in touch to discuss your lifestyle and making the new you a lasting reality.

Personal Training at these Locations

Fitness consultant for plan a better lifestyle. For more information please get in touch.